Our mission is to broaden the local culinary diversity and reach out to people who want to experience something new. Our team is proud to finally unfold the full palette of authentic Ossetian flavours to the British Isles.

Why pies? Brits love them, never missing an occasion to enjoy steak and kidney pie, mince pie, Bramley apple pie or pork pies! Meat and poultry, veggies and fruits, nuts and raisins – all serve well to be hidden beyond a crispy golden pastry and then to become a traveller’s companion, a festive treat, a fisherman’s dinner or a lady’s dessert. As simple as that! And we all know that the simplest ideas prove to be the most enduring and successful. Just think about it! Wasn’t it great to bring home your best friend and let him try your mum’s best pies? Or to wake up and enjoy the aroma of  your mum’s cake coming from the kitchen? You must know the feeling of fighting for the last brownie or cookie on the plate?

In fact, what can be simpler than to look back at those fond memories and special dishes that you’ve been brought up with and happily share them with those around you? We think that is only natural, that is what we are. That is our tradition and that is what we hope to deliver with our Ossetian pies, because they are simply insPIEred by tradition. 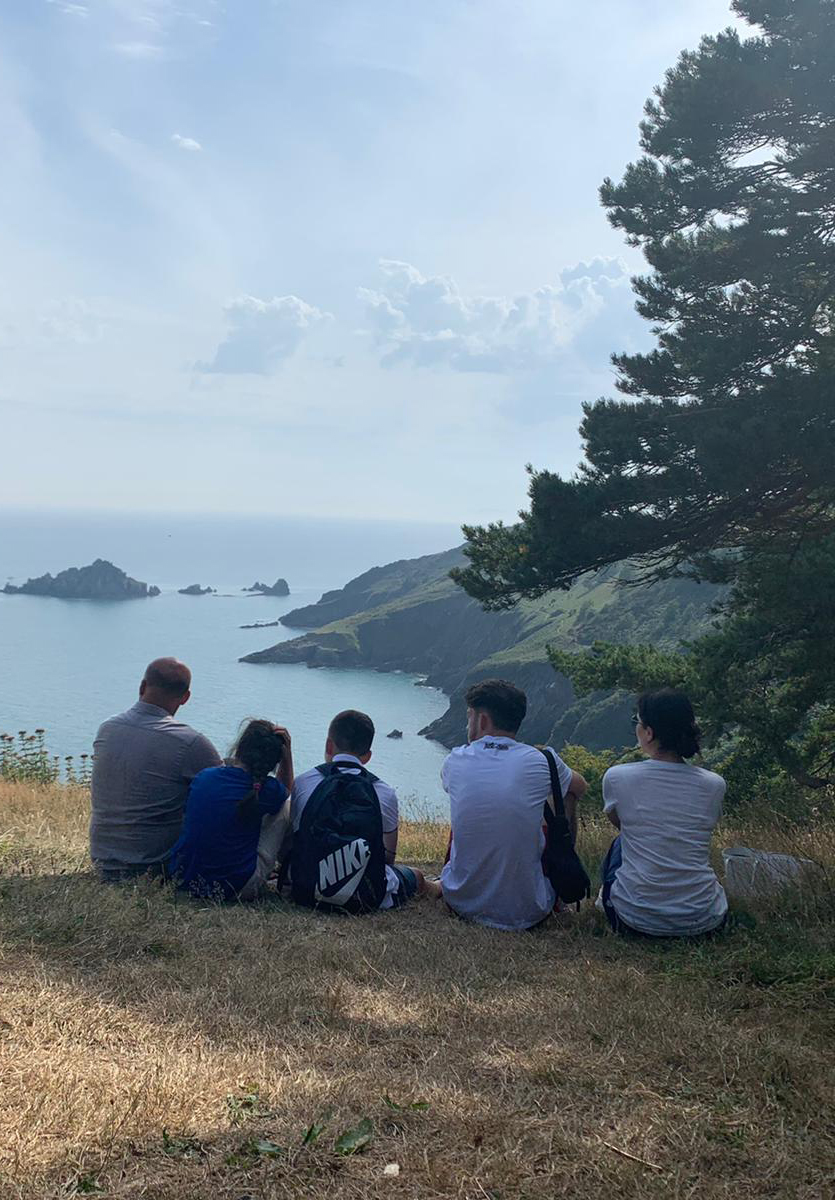 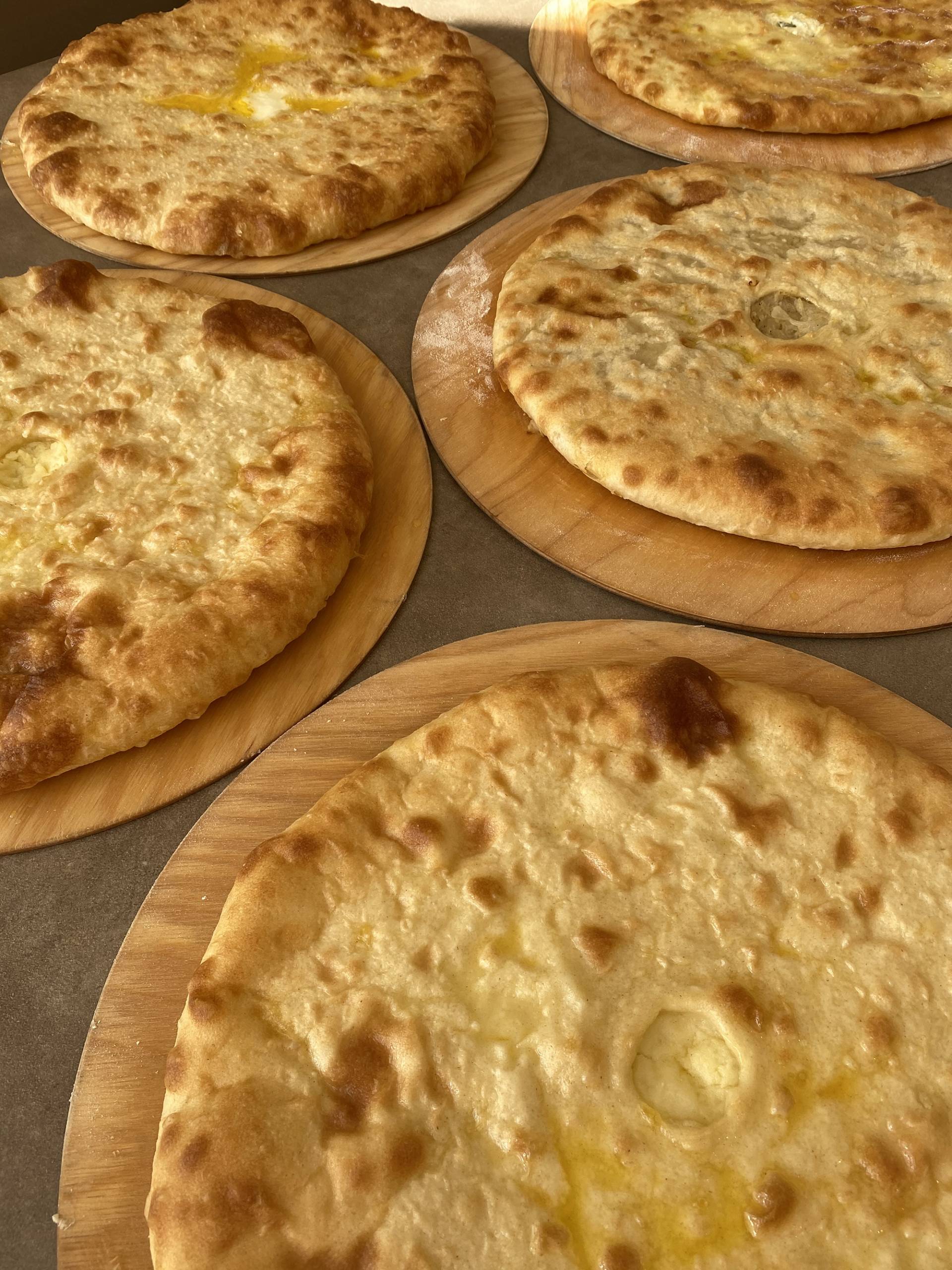 If Ossetian pies could’ve ever written their autoPIEography, they would’ve probably started many centuries ago when they were baked by Alans, inhabitants of a Persian-origin kingdom of Alania once located in what is now southern Russia. They are believed to be descendants of Scythian and Sarmatian nomads famous for their equestrian and archery skills. It was a flourishing kingdom enjoying a strategic position along the Silk Road trade routes. To no surprise, it was an enviable and attractive slice of prosperity to foreign invaders like Huns and Mongols, who eventually wiped it off the map. Some Alans dispersed around Europe, amalgamating with other nations and reaching the most remote corners of it. Those who stayed however were forced to retreat to the high mountains (now called the Caucasus, home to the highest peaks in Europe, breath-taking views and dramatic landscape) to become highlanders and ancestors to modern time Ossetians.

Having enjoyed a thousand years of history, Ossetian pies are still prepared by the same recipes carefully preserved and passed from generation to generation: two thin layers of pastry and an abundant filling made from a variety of fresh products such as cheese, potatoes, cabbage, beef mince, spring onion, butternut squash, chard, beetroot tops, sour cherry, apple and others. They are equally perfect as a fast and nutritious breakfast with your morning tea or coffee, as a hot and filling lunch with a light salad or as a family dinner accompanied by grilled meat or chicken.

We are extremely proud to introduce the Ossetian pie to the British Isles, where people can appreciate its great simplicity! And here is a little PIEble for the true believers:

Ossetians, the descendants of Alans, a group of people from Persian-origins, left centuries ago to occupy both northern and southern slopes of the central part of the Main Caucasian Mountain Ridge, forming South and North Ossetia. Its largest city is Vladikavkaz, a former mighty fortress that protected the southern borders of the Russian Empire since the 18th century.

A land with an ancient soul, a great adventure, an untouched nature of the mountain ridges and picks, blinding whiteness and sparkling splendour of glaciers, breath-taking views and landscapes, a sacral and passionate approach to the national culture and cuisine, unique musical and choreographic heritage, ethnic identity carefully preserved through generations, fast flowing mountain rivers and mineral springs, The Narts Sagas (a fascinating compilation of ancient Ossetian myths), family values, strong sport traditions, grandeur of ancient Ossetian towers and sanctuaries, a well-known hospitality and much more – this is Ossetia, which we love and will try to bring closer to you through our stories, our hearts, our devotion and our pies.